The anterior lobe of the pituitary produces and releases (secretes) six main hormones:

The posterior lobe of the pituitary produces only two hormones:

Vasopressin(also called antidiuretic hormone) regulates the amount of water excreted by the kidneys and is therefore important in maintaining water balance in the body.

Oxytocin causes the uterus to contract during childbirth and immediately after delivery to prevent excessive bleeding. Oxytocin also stimulates contractions of the milk ducts in the breast, which move milk to the nipple (the let-down) in lactating women.

The tumor may also cause enlargement of the pituitary gland, with or without disturbing hormone production. Sometimes there is overproduction of one hormone by a pituitary tumor and underproduction of another at the same time due to pressure.

Sometimes excess cerebrospinal fluid can fill the space around the pituitary gland and compress it (resulting in empty sella syndrome). The pressure may cause the pituitary to overproduce or underproduce hormones.

Too little or too much of a pituitary hormone results in a wide variety of symptoms.

Disorders that result from overproduction of pituitary hormones include

Disorders that result from underproduction of pituitary hormones include

Doctors can measure the levels of pituitary hormones, usually by a simple blood test

These benign tumors do not spread outside the skull. They usually remain confined to the sella turcica (the tiny space in the skull that the pituitary gland sits in). Sometimes they grow into the walls of the sella turcica and surrounding blood vessels, nerves, and coverings of the brain. They don’t grow very large, but they can have a big impact on a person’s health.

There is very little room for tumors to grow in this part of the skull. Therefore, if the tumor becomes larger than about a centimeter (about half an inch) across, it may grow upward, where it can compress and damage nearby parts of the brain and the nerves that arise from it. This can lead to symptoms such as vision changes or headaches.

Pituitary adenomas can be divided into 2 categories based on size:

Functional adenomas: Most of the pituitary adenomas that are found make excess hormones. The hormones can be detected by blood tests or by tests of the tumor when it is removed with surgery. Based on these results, adenomas are classified as:

Non-functional adenomas: Pituitary adenomas that don’t make excess hormones are called non-functional adenomas or null cell adenomas. They account for about 3 in 10 of all pituitary tumors that are found. They are usually detected as macroadenomas, causing symptoms because of their size as they press on surrounding structures.

Signs and Symptoms of Pituitary Tumors:

Not all pituitary tumors cause symptoms.

Macroadenomas can also press on and destroy the normal parts of the pituitary gland, causing a shortage of one or more pituitary hormones. This can lead to low levels of some body hormones such as cortisol, thyroid hormone, and sex hormones. Depending on which hormones are affected, the symptoms might include:

Diabetes insipidus: Large tumors can sometimes press on the posterior pituitary, causing a shortage of the hormone vasopressin (also called anti-diuretic hormone or ADH). This can lead to diabetes insipidus. In this condition, too much water is lost in the urine, so the person urinates often and becomes very thirsty as the body tries to keep up with the loss of water. If left untreated, this can cause dehydration and abnormal blood mineral levels, which can lead to coma and even death. Fortunately, this condition is easily treated with a drug called desmopressin, which replaces the vasopressin. (Diabetes insipidus is not related to diabetes mellitus, in which people have high blood sugar levels.)

In children, high GH levels can stimulate the growth of nearly all bones in the body. The medical term for this condition is gigantism. Its features typically include:

In adults, the long bones (especially in the arms and legs) can’t grow any more, even when GH levels are very high. But bones of the hands, feet, and skull can grow throughout life. Adults with GH-secreting adenomas don’t grow taller and develop gigantism. Instead, they develop a different condition called acromegaly. The signs and symptoms are:

High ACTH levels cause the adrenal glands to make steroid hormones such as cortisol. Having too much of these hormones causes symptoms that doctors group together as Cushing’s syndrome. When the cause is too much ACTH production from the pituitary it is termedCushing’s disease. In adults, the symptoms can include:

If the tumor continues to grow, it can press on nearby nerves and parts of the brain, which can cause headaches and vision problems. In females who don’t have periods (such as girls before puberty and women after menopause), prolactinomas might not be noticed until they cause these syThyrotropin (TSH)-secreting adenomas.

These uncommon tumors make luteinizing hormone (LH) and/or follicle-stimulating hormone (FSH). This can cause irregular menstrual periods in women or low testosterone levels and decreased interest in sex in men.

Many gonadotropin-secreting adenomas actually don’t make enough hormones to cause symptoms, so they are basically non-functional adenomas. These tumors may grow large enough to cause symptoms such as headaches and problems with vision before they are detected (see the symptoms for large tumors above).

Tests to check endocrine function may be ordered, including:

1. Magnetic resonance imaging (MRI). An MRI uses magnetic fields, not x-rays, to produce detailed images of the body. MRI can also be used to measure the tumor’s size. A special dye called a contrast medium is given before the scan to create a clearer picture. This dye can be injected into a patient’s vein or given as a pill to swallow. MRI is better than a computed tomography scan, which is described below, to diagnose most pituitary gland tumors, and it is now the standard method.

2. Computed tomography (CT or CAT) scan. A CT scan creates a 3-dimensional picture of the inside of the body using x-rays taken from different angles. A computer then combines these images into a detailed, cross-sectional view that shows any abnormalities or tumors. A CT scan can also be used to measure the tumor’s size. Sometimes, a special dye called a contrast medium is given before the scan to provide better detail on the image. This dye can be injected into a patient’s vein or given as a pill to swallow.

The treatment for a pituitary tumor will depend on many factors, including:

Because having a pituitary tumor can affect many different organs and systems in the body, doctors from several medical specialties will work together to develop a customized treatment plan for the patient.

Medication (drug therapy) is very effective for treating some hormone-producing pituitary tumors. The medication can stop a tumor from producing excess hormones or shrink it so it does not press on the pituitary gland or other parts of the nervous system.

If medications are necessary to treat a pituitary tumor or to help control hormones after surgery or radiation therapy, or to substitute any missing hormones, the patient will take these at home. Medicines used to treat pituitary tumors include:

Observation means seeing a neurosurgeon or endocrinologist and having imaging tests performed periodically. Treatment may be necessary later, for example, if the pituitary tumor grows or symptoms worsen.

For this approach, the neurosurgeon makes a small incision along the nasal septum (the cartilage between the 2 sides of the nose) or under the upper lip (above the upper teeth). To reach the pituitary, the surgeon opens the boney walls of the sphenoid sinus with small surgical chisels, drills, or other instruments depending on the thickness of the bone and sinus. A newer approach is to use an endoscope, a thin fiber-optic tube with a tiny camera lens at the tip. In this approach, the incision under the upper lip or the front part of the nasal septum is not needed, because the endoscope allows the surgeon to see well through a small incision that is made in the back of the nasal septum. The surgeon passes instruments through normal nasal passages and opens the sphenoid sinus to reach the pituitary gland and remove the tumor. The use of this technique is limited by the tumor’s position and the shape of the sphenoid sinus.

The transsphenoidal approach has many advantages. First, no part of the brain is touched during the surgery, so the chance of damage to the brain is very low. There is also no visible scar. But it’s hard to remove large tumors this way. When the surgery is done by an experienced neurosurgeon and the tumor is a microadenoma, the cure rates are high (greater than 80%). If the tumor is large or has grown into the nearby structures (such as nerves, brain tissue, or the tissues covering the brain) the chances for a cure are lower and the chance of damaging nearby brain tissue, nerves, and blood vessels is higher.

Craniotomy: For larger or more complicated pituitary tumors, a craniotomy may be needed. In this approach the surgeon operates through an opening in the front and side of the skull. The surgeon has to work carefully beneath and between the lobes of the brain to reach the tumor. Although the craniotomy has a higher chance of brain injury than transsphenoidal surgery for small lesions, it’s actually safer for large and complex lesions because the surgeon is better able to see and reach the tumor and nearby nerves and blood vessels.

Possible side effects of surgery

Surgery on the pituitary gland is a serious operation, and surgeons are very careful to try to limit any problems either during or after surgery. Complications during or after surgery such as bleeding, infections, or reactions to anesthesia are rare, but they can happen. f surgery causes damage to large arteries, to nearby brain tissue, or to nerves near the pituitary, in rare cases it can result in brain damage, a stroke, or blindness.

Damage to the meninges can also lead to leakage of cerebrospinal fluid (the fluid that bathes and cushions the brain) out of the nose. Until this heals, a person can get meningitis, which is infection and inflammation of the meninge

Diabetes insipidus (discussed in Signs and Symptoms of Pituitary Tumors) may occur right after surgery, but it usually improves on its own within 1 to 2 weeks after surgery. If it is permanent, it can be treated with a desmopressin nasal spray.

If you had a functional (hormone-making) pituitary adenoma, hormone measurements can often be done within days or weeks after surgery to see if the treatment was successful. Blood tests will also be done to see how well the remaining normal pituitary gland is functioning. If the results show that the tumor was removed completely and that pituitary function is normal, you will still need periodic visits with your doctor. Your hormone levels may need to be checked again in the future to check for recurrence of the adenoma. Regardless of whether or not the tumor made hormones, MRI scans are often done as a part of follow-up. Depending on the size of the tumor and the extent of surgery, you may also be seen by a neurologist to check your brain and nerve function and an ophthalmologist (eye doctor) to assess your vision. 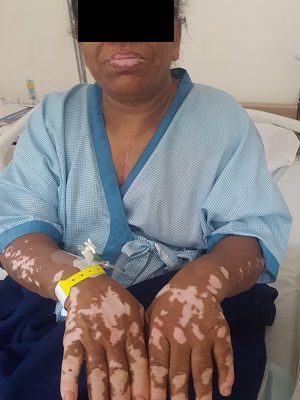 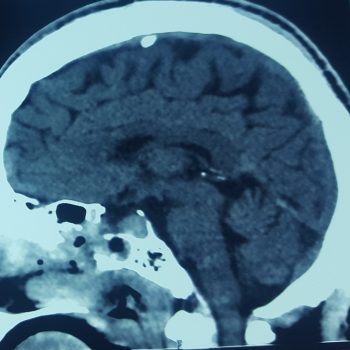